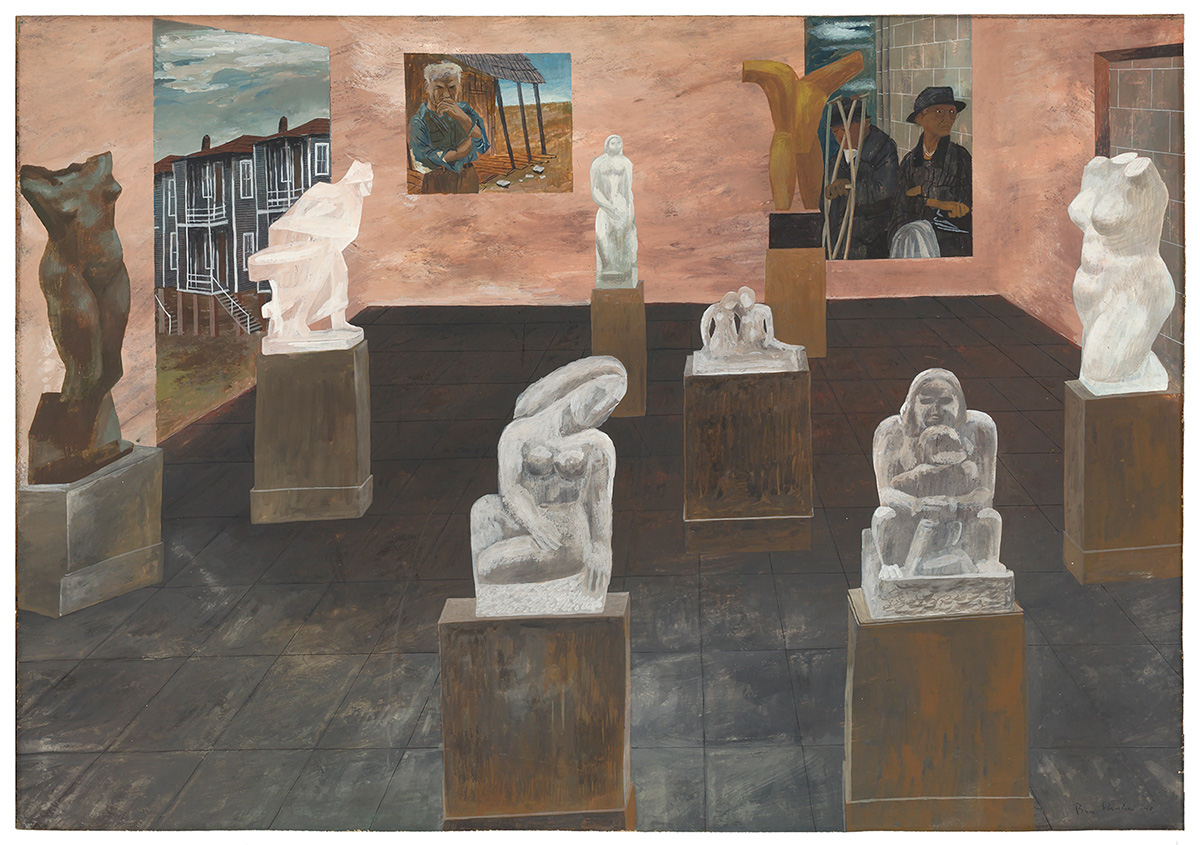 Ben Shahn’s (1898–1969) celebrity as an artist came from his biting images of social criticism, compassionate explorations of the human condition, and joyous scenes of Jewish culture. Although these phrases all describe different aspects of Shahn’s six-decade career, none anticipates or accommodates Contemporary American Sculpture (1940), a singular painting within his oeuvre. The painting presents a nuanced view of Shahn, who in the 1930s produced powerful artwork that directly confronted social injustice and demanded progressive social change. At first glance, in this little-known painting Shahn seems to have ignored social commentary, opting instead to depict an exhibition of twentieth-century American sculpture. But is this really what he has done? Not only would it be unusual for Shahn to create a work focused solely on art, but confounding the matter, he has quoted from his own paintings and photographs, which appear as two-dimensional “inserts” against the gallery walls. By the late 1930s, Shahn was making bold thematic and stylistic changes to his paintings, and it can be argued that Contemporary American Sculpture is a key painting between what the artist called his works of “social realism” and his works of “personal realism.”Å Rather than an artistic critique of early 1940s sculpture, in Contemporary American Sculpture Ben Shahn uses the art museum as a forum to address issues of social and artistic inclusion, and exclusion. The artist has fused together his two prime artistic concerns, his two variants of realism, into one spectacular easel painting.