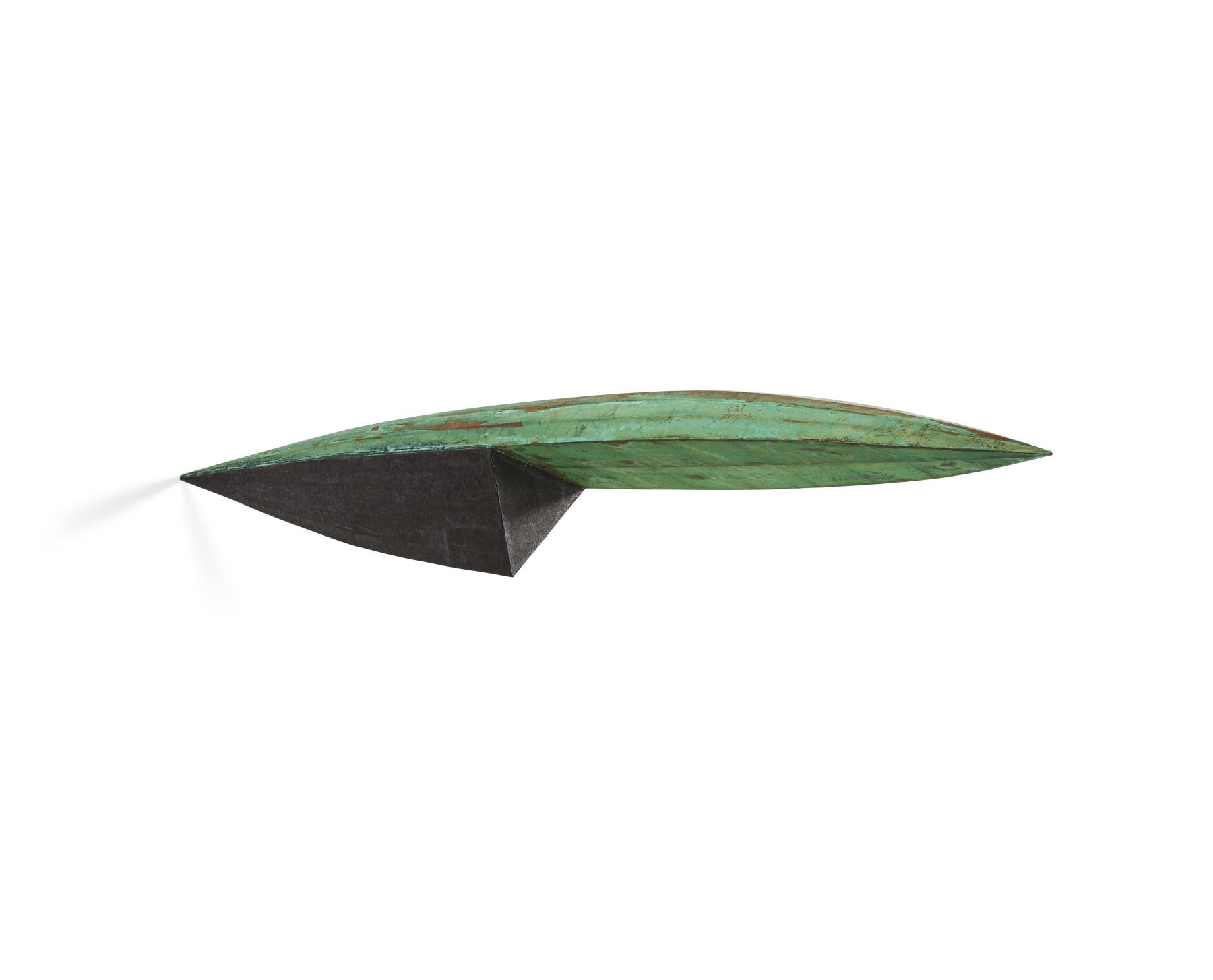 Bryan Hunt is a prolific sculptor whose work inspires wonder and awe in their exploration of mass, weightlessness, space, and gravity. Born in Terre Haute, Indiana, Hunt moved with his family to Tampa, Florida where he spent his formative years. As a child, Hunt regularly witnessed rocket launches from Cape Canaveral and became inspired by space, form, and design. During college, Hunt trained as an architect and worked at the Kennedy Space Center as an engineering assistant. Here, he had access to many structures in the Center, which he marveled for both their beauty and functionality. Hunt credits these early experiences to shaping his career as an artist. During the late 1960s and early 1970s, Hunt trained at the Otis Art Institute in Los Angeles. He left the program early to attend the Whitney Museum Independent Study Program in New York in 1972. The program widened his connections and opened many new opportunities. By the mid-1970s, Hunt began one of his best known bodies of sculptural work that is based on the theme of airships, or dirigibles. Hunt took inspiration for his forms from early twentieth century airships, namely the Hindenburg and the Graf Zeppelin. Using balsa and spruce wood covered with silk and metal leaf, Hunt creates sculptures based on these early futuristic forms. The airships are designed to be mounted on the wall above the viewer’s head. The out of reach position and the horizontal placement of the airship make the structures appear weightless and gravity defying. Affixed to the wall from its pointed end, the viewer is left imagining the airships emerging from the wall or going into it. Hunt stated, “By addressing proportions, balance, and light, the airships transform a room and disregard its boundaries. Ultimately, they have as much to do with looking down on ourselves and our planet as us looking up at a weightless vessel.” Teng is an elegant example of Hunt’s early airships. Constructed in spruce and balsa wood and covered in silk paper and copper leaf, the streamlined body is mounted on a black lacquer base. Seen from below, the sculpture appears to float through the wall. The sleek and minimal profile of the sculpture intrigues the viewer from all angles, and elevates the space through the unique shadows it casts. Hunt continues his career as a sculptor and painter in New York. While his early work was influenced by architecture and aeronautics, he has gravitated towards abstraction and finds inspiration in the figure, nature, and classical sculpture. Hunt’s works are in numerous public and private collections, including the Museum of Modern Art, the Solomon R. Guggenheim Museum, The Whitney Museum of American Art, and the Metropolitan Museum of Art.