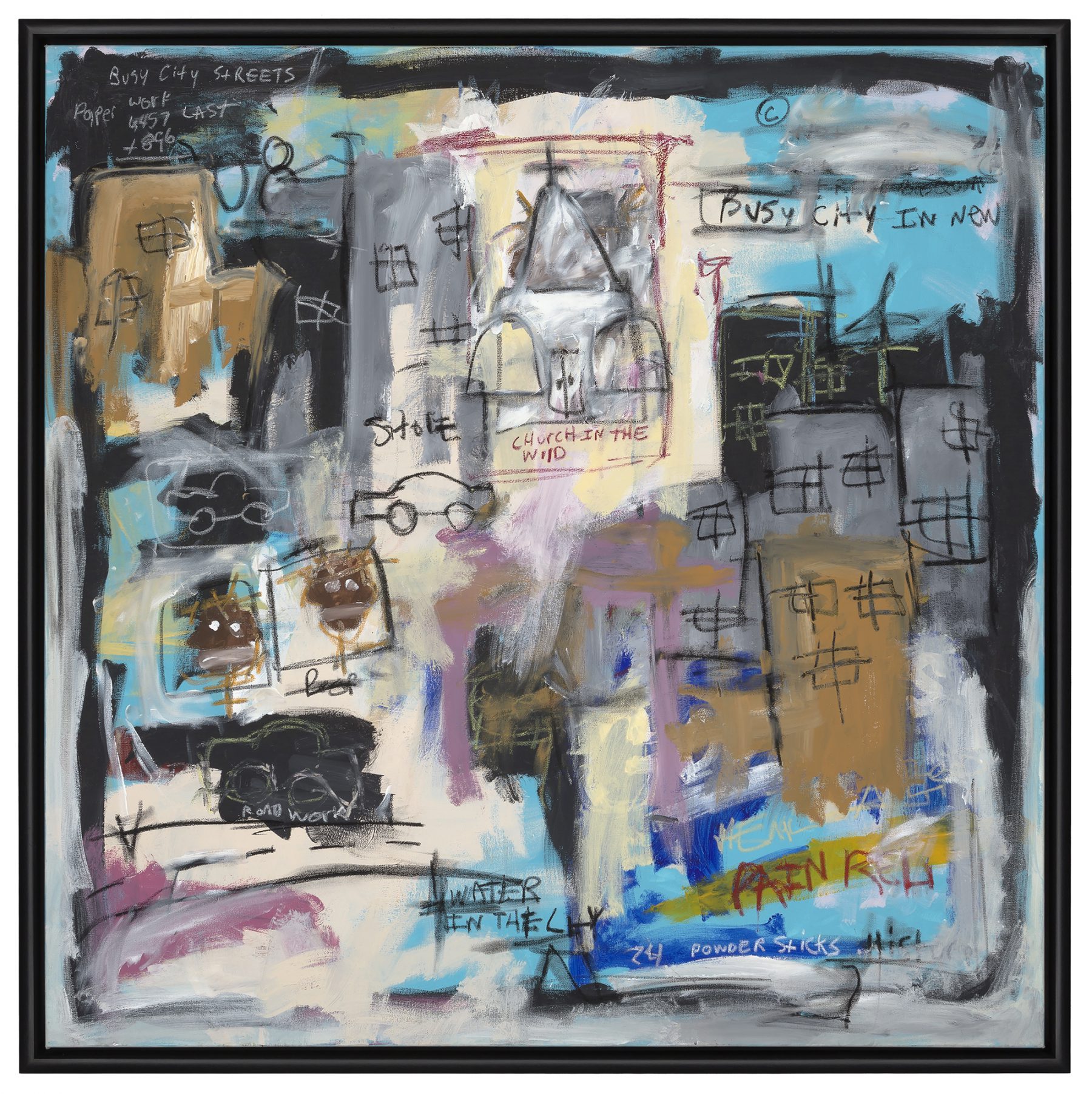 Growing up in Thibodaux, Louisiana, Jammie Holmes struggled through social and economic hardships that plague many black families living in the Deep South. Holmes channeled his complex emotions into art, an interest he carried throughout his life but only practiced with intensity as an adult. Using a combination of realism and abstraction, Holmes’ work tells the stories of contemporary black families, from their hardships to joyous celebrations and family rituals.

In the present work, Church in the Wild, the artist has depicted a church amongst a dense and busy cityscape populated by cars, buildings, and the blank expressions of two faces. Holmes often depicts his figures with stoicism and weariness, a sign of their pain. Neo-Expressionist graphic marks, scribbled text, and a unique palette of vibrant blue and earth tones reveal a powerful and personal painting. Holmes has lived and worked in Dallas since 2016. His works have been widely exhibited at venues such as the Library Street Collective, Detroit; Deitch Projects, Los Angeles; Marianne Boesky, New York; Nassima-Landau Projects, Tel Aviv; Dallas Museum of Art; Dallas Contemporary; and LMAK Gallery, Dallas.