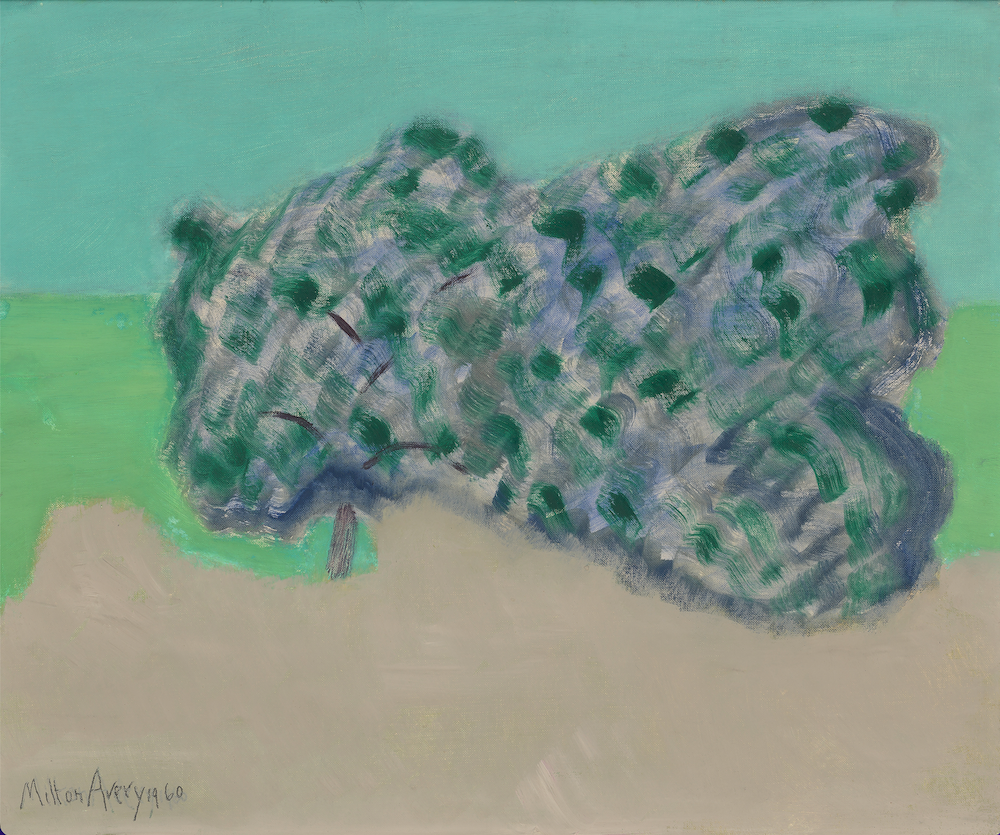 Milton Avery’s paintings of nature and domestic life are transformed by his orchestrated arrangements of color and form. His achievements in modernism have made him one of the most influential artists of the twentieth century. Avery was born in Sand Bank, New York in 1885, and later moved to an area near East Hartford, Connecticut where he trained in local art schools. In 1925, he moved to New York and attended The Art Students League.

Despite prevailing artistic trends, Avery developed a unique style that blended realism and abstraction. In his paintings of seascapes, landscapes, animals, figures, and still life compositions, Avery distilled the extraneous details and painted his subjects with smooth, flat areas of color and interlocking forms. The quintessential seascape was a beloved subject, which he painted with great intensity and devotion especially in his later years.

In Trees by the Sea, Avery painted a pared down grouping of trees set against a quiet shoreline. The composition is divided into three horizontal bands of luminous colors to depict the sky, ocean, and sand. The harmony of color and simplicity of forms is interrupted by the frenzy of brushstrokes in the trees, depicted as a biomorphic shape in the center of the composition. With paintings like the present work, Avery positioned himself as a major figure in mid-20th century American art.